On September 22, 2018, the Talking Board Historical Society dedicated a new monument celebrating the life of Helen Peters Nosworthy who is affectionately known as the “mother” of the Ouija board. This public event took place at Denver’s Fairmount Cemetery where she is buried and was conducted by TBHS directors Karen A. Dahlman, Gene Orlando, and Brandon Hodge. Jim Cavato, president of the Fairmount Heritage Foundation spoke about Helen’s historical importance to the cemetery and there was a reading of a letter from Denver’s Mayor Michael B. Hancock representing the city in honoring her. Local channel KUSA 9 News interviewed TBHS directors Karen A. Dahlman, Calvin Von Crush, John Kozik and Mike Buchner for a news segment that aired that evening. 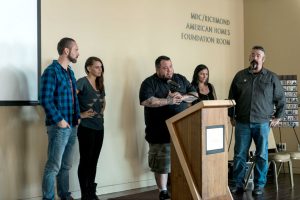 Following the ceremony, the group reconvened at History Colorado Center where the celebration continued. All were invited. There was an exhibition of rare and unusual Ouija boards dating from the 1890s to the present day. Festivities included talks by TBHS directors and a special guest appearance by Nick Groff and Elizabeth Saint of VIDI Space. 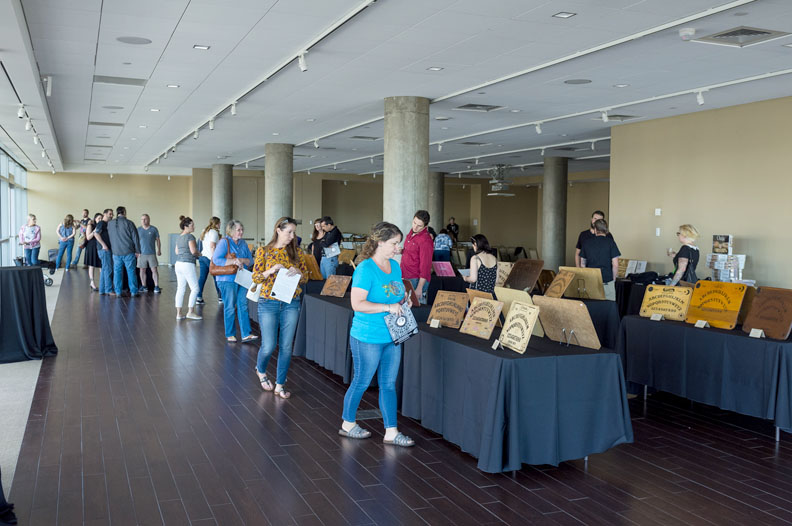 A magic show by magician Paul Noffsinger kept the crowd wondering. A raffle giveaway of an antique Ouija board rounded out the afternoon.

Helen Peters Nosworthy is the woman responsible for giving the Ouija its mysterious name. Her identity was rediscovered by TBHS founder Robert Murch in a series of letters printed in the Baltimore Sun when the founders of Ouija took their grievances with each other public.

Letters from Charles Kennard, the man who claimed to invent the Ouija board and his friend and business partner Elijah Bond, the man who patented it, stated that a woman by the name of “Miss Peters, Bond’s sister-in-law” who was known as a “strong medium,” asked the then-unnamed talking board what it would like to be called. The board spelled out O-U-I-J-A, and when asked what the term meant, it responded “Good Luck.”

Helen, who was also an early stockholder in the company, later accompanied Bond to the patent office to help secure a patent. According to family lore, verified by patent file history, the patent office declined to award a patent to the talking board unless the founders could adequately demonstrate its believed miraculous powers.

Helen and Elijah then traveled to Washington D.C., where they were denied by multiple patent inspectors until the chief patent officer took an interest in the device. As the story goes, he assured the pair that if the device could spell out his name, unknown to Bond and Peters, he would award them a patent. The board apparently did exactly that, and the rest is history.

The year after the Ouija’s 1890 introduction, Helen married her husband, Ernest Nosworthy, a Shakespearean actor and artist who later became a traveling salesman. Together they moved to Denver where they lived out their remaining years. His life-like drawing of Helen, drawn at the Hotel Gladstone in Norfolk, Virginia, is the only known surviving depiction of young Helen, done in the period she named the iconic board.